At some point in their lives, most drivers dream about getting a new car. From the shine of the exterior to the evolving technology (like backup cameras) that make new cars safer, there’s a lot of appeal to buying a new car - the least of which being that coveted new car smell. But as lovely as it might be to imagine sitting where no person has ever sat before, it is not an affordable or desirable option for every car buyer out there. In fact, of the 59.8 million Americans who bought cars in 2017, only 17.2 million of those sales were of new vehicles. Additionally, the number of people who bought new cars versus used vehicles in 2017 was less than the year before.

But what drives car buyers to opt for used cars over new cars? The answer has a lot to do with money, but it is not that simple. In the 2010s, Millennials started to hit the car buyer’s market. As of 2019, they are the biggest consumer group in the United States. A typically less-well-off and more financially and environmentally conscious group, used cars offer a lot of positives for them. However, it’s not just Millennials buying used cars this year, and Auto Bank of Kansas City does not believe used cars are for young, thrifty people.

Here are the top five reasons we see used cars as a great choice when it comes time to purchase a new vehicle. 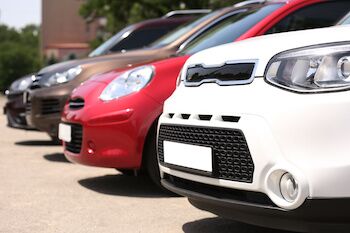 Better For the Environment

Think new smart cars are more environmentally friendly than older, used cars? This is not always the case. Most scientists agree that maintaining a single vehicle with decent gas mileage (such as 25 miles per gallon or higher) is much more beneficial than junking an older version for a new, high-mileage car. The reason? Thanks to a recent study by Toyota, we now know that as much as 28% of the carbon emissions released by a vehicle during its lifetime happen during the processing and creation of that car. This means getting rid of a perfectly good, running car to create a new one is just putting one more gas-guzzler on the planet while also creating more carbon emissions to do so.

This also takes into account the production of lithium batteries for electric cars. This production utilizes mining practices which are harmful to the earth and creates lithium batteries, which are harder to recycle and often more environmentally toxic than a standard car battery. The choice, in this case, is simple - if you need to save money but also need to purchase a new car, a great way to help the environment is to follow the advice of the famous “reduce, re-use, recycle” environmental mantra and reduce production of new cars by re-using a new-to-you car.

Sometimes, new car dealerships advertise prices that seem too good to be true. In most cases, these prices are too good to be true because they forget that new car sales are almost always subject to sales tax. In Missouri, sales tax is equal to 4.225% of a new car. If your car costs in the upper $20-$30,000, this tax can cost you thousands of extra dollars. However, most used cars are much less expensive than new cars, which means as a consumer you pay hundreds to thousands less on sales tax on your used car than a new car buyer would pay.

When you go to a new car dealership, chances are you won’t leave buying only a car. Most advertised prices only include models at their base price. Consequently, if you see a car you want being advertised for $15,000 and want a model with a backup camera, heated seats, and a sunroof, chances are likely those features are not included with that price. Dealers always find a way to hook their customers with car additions, and car buyers often leave with their dream car- but at what cost?

It is usually easy to find a used car with the features you are looking for. The best part? You won’t need to pay extra to get those features installed. Most buy here pay here lots and used car lots are independent of dealerships, which prevents them from having additions put on to vehicles. This means if you want a Saab 9-3 Turbo and see it advertised at a used car dealership with a turbo, the price you see is going to be very near to the price you get.

For some used vehicles, you don’t have to sacrifice on warranties. There’s a common misconception that used cars never come with warranties. However, for many quality brands, like Toyota, extended warranties exist, which means if something goes wrong with the car that is no fault of your own - like a known issue or a recall - you are covered even if you buy used. Additionally, many larger used car dealers include warranties for their customers.

Insurance Rates are Not as High on Used Cars

Even if a person goes into a new car purchase knowing they’ll probably pay a lot extra for state sales tax and additions to their car, many times they do not anticipate just how much they will be paying monthly for insurance rates. Why do insurance companies make their new car customers pay more than their used car customers? It’s not quite as simple as the price of the car. One of the biggest reasons that insurance rates are so high is due to the likelihood of a car getting stolen. Often, the newer the car, the more likely it is to get stolen. However, even if you have an older but very valuable car, the amount you’ll save by purchasing used often equals out the difference in monthly insurance premiums.