A lot has happened since Nissan debuted in the United States in 1958 under the brand name Datsun. Of course, the company had been manufacturing cars in Japan since 1933, but its American brand became the top vehicle importer in the U.S. by 1975. Finally, in 1979, Nissan Design America debuted in California -- and that’s the company that has brought us the sedans, hatchbacks, and SUVs we love today: the Rogue, Altima, and Versa.

Buying a used Nissan in Kansas City is a great decision if you’re looking for a vehicle with high safety ratings and with engineering on par with Toyota and Honda vehicles. You can find these used cars at affordable prices at buy here pay here car dealerships like Auto Bank, who can also help you get financing that fits your budget. Come see our selection of Nissan cars in person, and choose the model that’s right for you. 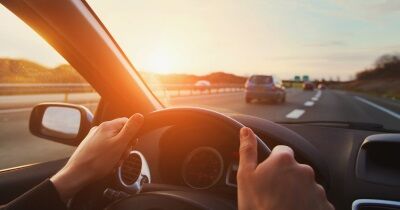 Used SUVs in Kansas City: Check out the Nissan Rogue

Nissan Rogue SUVs from the mid-2010s were popular for their car-like handling and reasonable size. They’re small enough to fit on busy city streets, but give you the benefit of the interior space of an SUV. Nissan dealers sold quite a few of these SUVs, and for a fair price new -- up to nearly $30,000 for higher trim lines. Today, a used Rogue is a great choice at a much more affordable price.

The 2013 Rogue, which you’ll find at Auto Bank, is equipped with a 170-horsepower four-cylinder engine with a responsive continuously variable automatic transmission. Because it was built on the same frame as the Sentra, it corners quite nicely with minimal lean -- a great feature if you’re looking for a stable ride for winding Kansas City streets. The cabin seats a total of five, including the driver, in two rows of seats, and the audio and climate controls are easy to use, which makes for less distraction when adjusting temperature and radio volume when driving.

Inside, cloth seats were standard, but higher trimlines offered more luxe upholstery and a power-adjustable driver’s seat. Passengers enjoy plenty of legroom, and the backseat is equipped with two sets of car seat connectors on the seats next to the window, and an upper tether anchor on the middle seat -- making the Nissan Rogue a great buy here pay here car for families. There are also plenty of small storage spaces throughout the cabin, as well as a spacious hatchback area for hauling groceries, sports equipment, or even suitcases.

This particular model year of Altima was very popular for its agile handling, engine power, and premium interior. When bought used, it’s a great mid-size car for just about anyone.

People who enjoy driving will like the Altima’s swift acceleration, and will appreciate its excellent fuel efficiency, too. Exceptionally comfortable seats and an infotainment system are icing on the cake for this mid-size sedan that is just as perfect on the roads during your commutes as it is on long road trips.

Some people say the Altima is “dummy proof.” That’s because of some special features that make it easier for someone unfamiliar with cars to maintain it. For example, the Altima comes with technology that monitors tire inflation. It alerts you when you have low tire pressure, and as you fill them up, the car actually honks when they reach the right pressure. Some cars came with rearview cameras, blind spot monitoring, lane departure warning, and rear cross traffic alert, as well. If you’re looking for these features, you’ll want to ask your buy here pay here car dealer about each Altima on the lot to identify the ones that come fully loaded.

The Altima is known for its safety, receiving five stars on its frontal and side crash tests from the National Highway Traffic Safety Administration, and four stars on its rollover test. The Insurance Institute for Highway Safety (IIHS) also named the Altima its top safety pick, the second-highest accolade from the organization.

If you’re looking for a small vehicle to navigate the city, park in tight spaces, and zip from place to place, you might like the Nissan Versa, which is available as either a sedan, or a hatchback. Despite its overall small size, the cabin is surprisingly spacious with above-average passenger and cargo space as compared to other cars in its class.

For someone who’s looking to save money on transportation costs, the Versa is more than suitable. Mid-2010s models got up to 31 miles per gallon in the city and 40 miles per gallon on the highway. In addition to the money you’ll save on gas, the Versa is cheaper to own over the course of a year than the average subcompact car on the market. If you’re looking for lots of leg and headroom, the Versa might not be for you, but you’re going to find the same struggle with any subcompact car.

In terms of safety, the Versa received the top score of “Good” in four crash tests by IIHS, which is a great feat for economy cars! The sedan version has an available back-up camera, and the hatchback can have a 360-degree parking camera, but generally the rest of the Versa’s safety features are on-par with other small cars in its class.

If you’re ready to take a look at some of the area’s most sought-after used cars, especially these Nissan models, you’re going to want to pay a visit to one of two Auto Bank locations in Kansas City. Visit us at 2000 East Truman Road or 6901 East Front Street.

Don’t worry about your past credit struggles or whether your bank will give you an auto loan. Auto Bank is a pay here buy here dealership, which means we will take care of everything for you, including providing you with on-the-lot financing, straight from us. That’s right: we eliminate working through third-party financing companies and are straightforward with you about the cost of your car and how much your payments will be.

Check out our full selection of used Nissan vehicles, and start the car-buying process with our online pre-approval form. We look forward to seeing you soon!