MSRP: What's it About?

A guide to MSRP

The price of most daily goods is fixed, and you pay exactly what is written on the label. But purchasing a vehicle is not the same as purchasing a gallon of milk at the supermarket. When it comes to automobiles, every vehicle has a manufacturer's suggested retail price (MSRP), which acts as a baseline for what you'll spend in the end.

Unlike that gallon of milk, you may be able to get away with paying less, or you could have to pay more in certain instances. What exactly is MSRP, and how does it affect the car buying process? 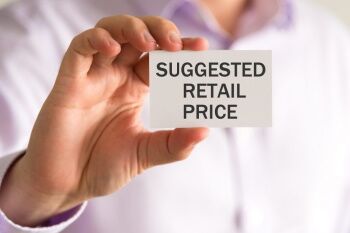 What is included in MSRP?

The MSRP of a vehicle comprises the basic price for that trim level, as well as the costs of any optional packages you’ve chosen. Features are usually itemized, with a note indicating if they are included or not. The price includes the standard manufacturer's warranty and servicing coverage.

MSRP excludes any extras or extended service plans offered by the dealer, as well as any discounts, incentives, or car finance deals. The MSRP does not include various fees and taxes that only apply to a particular car.

So, what’s the sticker price?

MSRP is also referred to as "sticker price" or "window pricing". These terms are interchangeable. Because the paper sheet containing MSRP information is attached to a car's window, MSRP is also known as window or sticker pricing.

Is the destination charge included in the MSRP?

Why must I pay more than the MSRP?

Do you want to get your hands on that supercool new vehicle, truck, or SUV that has finally become available at car lots near me? Expect to spend more than the MSRP. Dealers are well aware of when a vehicle is in high demand and will raise the price accordingly. This is known as "market-adjusted value," and it reflects how popular and sought-after a product is.

High-performance, special-edition, limited-production, or brand-new vehicles are especially likely to include larger markups over MSRP.

Markups, like excitement, dissipate with time, but for new cars at least, they reflect a dealer attempting to capitalize on drivers wanting to buy the newest and best cars.

Buy here pay here dealerships typically include little markup on vehicles, as they are not beholden to invoice pricing or lender requirements.

What's the difference between MSRP and the invoice price?

New car dealerships will be reluctant to show you the invoice price as it shows how much they’re making on the deal simply by passing the car from the manufacturer to you. Similarly, we can assume that a dealership will extremely rarely sell a vehicle for less than the invoice price, or they’d be out of business fast.

Can I use MSRP to negotiate?

Keep in mind that the MSRP is just a recommendation. It's in your best interests to offer your own price to try to lower the car's price. In general, the higher the price, the more opportunity for bargaining there is. Look around the showroom to check if any other cars are comparable to yours. A large number of the same model may suggest a surplus, while a small number could indicate that the model is in high demand.

It's also a good idea to obtain quotes from a few different dealerships. Those figures can be used as leverage. Given availability, if you're ok with a vehicle from a prior model year, there may be more room for bargaining.

Try to figure out what the dealer's invoice price is and use it as the initial offer you make. It's OK to be tough, but keep in mind that every business needs to make a profit, so there’s only so low they'll be able to go.