Best Car Options for Your Graduate in 2019

Graduation is just around the corner, and for many parents, that means biting the bullet and getting your kid that big gift they’ve been craving - a new car. Receiving a car as a graduation gift is as useful as it is symbolic. It means you acknowledge their status as an adult, care about their needs and wants, and know that their lives are now ultimately in their hands. From a practical standpoint, it offers you options: someone to pick up dinner when you are running late for work, someone to drive their siblings to and from soccer practices, and ultimately a little more freedom for you when it comes to how you come and go in your precious spare time as a parent. 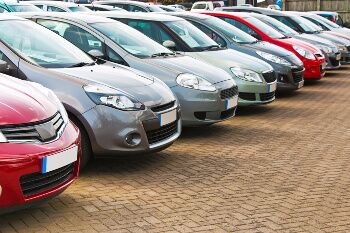 Understandably, getting a car as a graduation present for your teenager is also a huge decision. Tackling the issue of cost up front, adding a driver between the ages of 16-19 can increase your insurance premiums by an average of 60%. And while some parents choose to leave insurance responsibility to their children, it still can be an unwanted burden when your teenager cannot make the payment for one reason or another. Teenagers are also more prone to accidents, statistically. The CDC reports that teenagers accounted for 8.4% of the total costs of car accident injuries in the United States. Finally, acknowledging that this could potentially be a safety issue, it is a hard choice to make to gift your child with a tool that could harm them.

Luckily for parents, there are ways to avoid car accidents and give the safest possible car investment for your child.

For 2019, here are our top five best car options for your graduate

The Toyota Camry is well beloved by Toyota fans and has consistently been a top choice for parents looking for a safe and affordable option for their teen. Camrys have a high reliability rating, which might be put to the test with adventurous teens. While this rating initially came from the eighties and nineties, when American cars couldn’t hold a candle to Japanese car brands, the reliability rating has been consistent since 1982 - nearly forty years from when it was first manufactured.

Newer models, like the 2015 model, have backup cameras, forward collision warning, blind spot warnings, rear cross traffic alert, and more. For new drivers, these can make a huge difference in keeping them safe and sound, as well as saving you money that might be spent on minor and major accidents due to backing. Additionally, because Toyota Camrys continue to be so accessible and affordable, many of them are available at great rates for both used and new models.

While not known for their flashiness, Honda cars (and especially the Accord) are well beloved among parents of teenage drivers. Though this small sedan does not offer the protection of a vehicle like an SUV, it does rate high on the dependability scale. Also, when something does eventually go wrong with an Accord, as something eventually goes wrong with all cars, it is usually easy and quick to fix, which provides some financial relief to parents. Many teens who are new to car ownership do not accurately save for big car fixes, so parents might be obligated to help with those first fixes. Going along the same lines as the Camry, Accords also get great gas mileage, and some of the newer versions can get up to 38 mpg on the highway.

While early versions of the Accord might not have the same safety features as some of the newer versions, the lower cost and high availability of this car make it easier for parents looking for safety technology in a first car for their teenager to afford it. The 2015 Honda Accord, for instance, has a 5-star safety rating by JD Power and Associates. It is equipped with four-wheel anti-lock brakes, brake assist, a rearview camera, collision warning systems, and more. So while it might be tempting to get an SUV for a teen for safety, some of the smaller and more affordable sedans, like the Accord, have excellent safety ratings as well.

The Buick Verano might not be the sports car your 18-year-old was hoping for, but since its release in 2012, the Buick Verano has maintained a consistently high safety rating, getting no less than a 5-star rating through JD Power since 2013. Newer versions come with all the technological bells and whistles that some of the other mentioned sedans come with, but they also rate high in reliability. And since Buick has been a long-beloved domestic brand, parts are easily obtainable, relatively affordable, and most mechanics will know how to fix it. A Buick is also an excellent car for aspiring mechanics and DIY-ers to learn how to fix parts on.

Back on the list again, the Toyota really can’t be beaten for dependability. Corollas are especially beloved and have been on the market since 1966. The debate goes on about whether manual cars or automatic cars are safer for teens, what has been statistically proven is that driving a manual car is much more stressful for drivers in general and that stress might take a toll on your teen’s driving ability. But one thing is for sure about the Toyota Corolla -- throughout its many versions, including automatic and manual versions, it has remained consistently good on gas and consistently safe. For teens, we recommend newer versions with safety technology and Bluetooth capabilities to keep them from using their phones for navigation, which could make them dangerously distracted drivers.

SUVs are often one of the most sought-after types of cars for teenagers, as they were initially created to protect in collisions. A smaller, safer, easily repairable and more affordable option is the Honda CRV. Honda CRVs have been in production since 1995, and they are considered a compact SUV. For safety, we do not recommend anything older than the fourth generation (2012). However, parents looking for an affordable and safe SUV option for their children can find it in the newer Honda CRVs. Complete with a rearview backup mirror, the CRV is a great way to pair style, safety, and affordability.

Are you looking for a quality used vehicle for your graduate? Check out a buy here, pay here lot, like AutoBank Kansas City. Buy Here Pay Here lots offer newer used cars with all the safety of a new car but the affordability of a used one. Additionally, AutoBank Kansas City provides in-house financing, which makes getting the perfect vehicle for your child that much simpler. For more information, stop by one of our locations in Kansas City, or visit our website.